Immune diseases comprise a multitude of diseases such as chronic inflammatory bowel diseases, autoimmune diseases, multiple sclerosis and sarcoidosis, but also other diseases of different organ systems sharing the essential pathophysiological feature of a dysregulated immune system. The chronic inflammatory processes taking place in all these diseases damage affected organs, increase the risk of heart attacks, strokes and cancer and lead to reduced performance, fatigue and exhaustion. Immune diseases are therefore associated with significant limitations for patients. Approximately 8 percent of the world's population are affected. In the German-speaking world alone, more than 5 million people suffer from immune diseases.

Therapies so far have been based mostly on immunosuppression

Immune diseases so far have mostly been treated symptomatically with drugs unspecifically suppressing the patient's immune system. A causal and ideally individualized curative therapy is currently not possible. Due to the mostly chronic course, immune diseases are associated with considerable limitations for patients, who usually require a long-term immunosuppressive therapy. There is a great need for research both with regard to the pathophysiology and possible therapeutic target structures.

T-helper cells and their subtypes

Classical Th17-cells are now considered organ-protecting T-cells that promote tissue homeostasis, whereas Th17.1-cells have been described as highly pathogenic. Th17.1-cells produce proinflammatory cytokines and propagate autoimmunity. Especially for chronic inflammatory bowel diseases, autoimmune diseases, multiple sclerosis and sarcoidosis a central role of Th17.1-cells has been described. For all these diseases, there is a clinical need for new, targeted therapeutic strategies to replace the conventional immunosuppressive therapy with all its side effects. To date, there is no therapy specifically targeting Th17.1-cells. The Th17.1 immune response is increasingly emerging as a central pathomechanism of numerous chronic inflammatory diseases. Classical immunomodulators, such as corticosteroids, azathioprine, methotrexate, or cyclophosphamide have only a minor effect on the Th17 immune response which, moreover, is associated with considerable side effects. Although the new biologics can specifically switch off individual key cytokines of the Th17.1 immune response, this does not seem to convincingly curb the Th17.1 immune response effectively. Therefore, there is still a considerable clinical need for the development of new Th17.1 immune modulators.

In this research project, elementary transcription factors of Th17.1-cells which could represent a target of therapeutic siRNA (si = small interfering) molecules are to be identified by single-cell RNA sequencing. In cooperation with Yale University, single-cell sequencing of cells from sarcoidosis patients and healthy volunteers will be performed to this end. After identification of suitable transcription factors, suitable siRNA molecules will be constructed and produced in cooperation with partners from the Hannover Medical School (MHH). In a further step, the efficacy of these siRNAs will then be tested in cell biological experiments. For further development, siRNA candidates showing an optimal effect in these tests will subsequently be tested in in-vivo models of sarcoidosis and chronic inflammatory bowel disease. In addition to testing the therapeutic efficacy and mode of action of the siRNA molecules, these models will also enable a better understanding of Th17 and Th22-mediated mechanisms of tissue homeostasis.

Targeted therapeutic modulation of this cell population might enable a better and more effective treatment of chronic inflammatory diseases, in which the Th17.1-immune response plays a pivotal role. In addition, nanoparticle-based packaging systems shall allow the siRNA molecules to be transported to the target cells more efficiently and with fewer side effects.

The potential of this project lies in the development of siRNA molecules for therapeutic use in humans. Until now, the clinical use of RNA molecules has been considerably limited by adverse side effects. The development of nanoparticle-based packaging systems, however, has revolutionized this field. In contrast to biologics, siRNA molecules can switch off intracellular transcription molecules. This approach is thus complementary to biologics. The goal shared by all project partners is to have completed all necessary preliminary work and have obtained the results required for a first application in humans, once the project will have been completed. 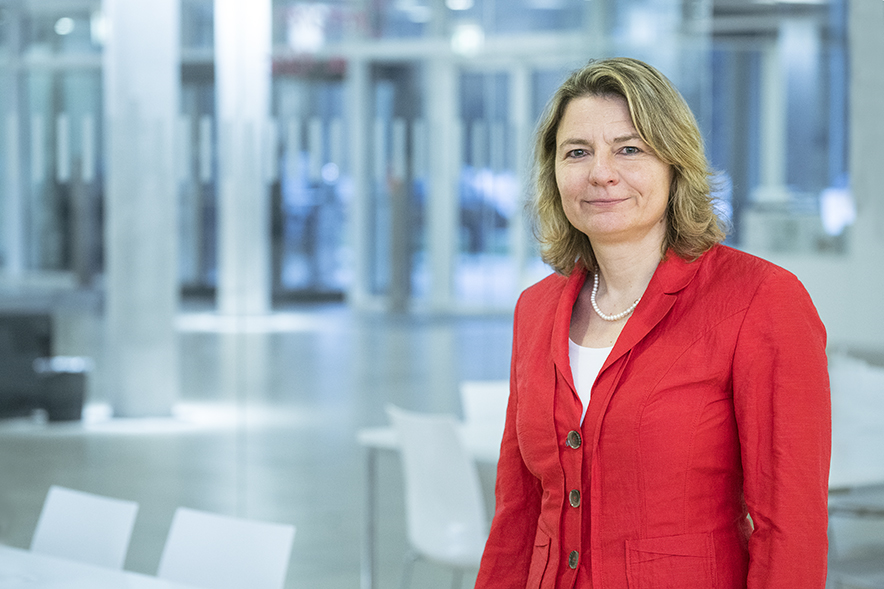