The human body hosts a large number of microorganisms, which in totality are referred to as microbiome. Some of these symbiotic bacteria have a significant influence on the structure and function of the host’s immune system. The regular interaction of the immune system and components of the microbiome leads to a "physiological inflammatory reaction", which in turn triggers strong adaptive immune responses.

Due to the typically chronic course of immune diseases treatments and therapeutic approaches continue to be a challenge. Patients often require long-term drug therapies as well as immunosuppression, with sometimes severe effects.

In a previous research approach it was already shown that oral administration of a specific antibody to neutralize certain intestinal bacteria leads to direct modulation of the immune system or the immune response through changes in the intestinal microbiome. Initial experiments were also able to show a significant reduction in the disease severity in a mouse model of experimentally induced bronchial asthma compared to untreated animals.

In the present experimental project, scientists want to further investigate and optimize the neutralization of specific intestinal bacteria which have been shown to have a systemic and immunostimulatory effect. The aim is a novel therapeutic approach for treating immune diseases on the basis of antibody-mediated, specific microbiome correction.

The therapeutic antibodies are obtained from eggs of immunized chickens

Restoration of the immune tolerance through microbiome correction shall be established as a novel therapeutic concept for entire disease groups. Specific alteration of the intestinal microbiome shall be achieved by oral administration of antibodies. This route of administration has the great advantage that the antibodies will not enter the bloodstream, thereby avoiding frequent side effects of antibody therapy. The therapeutic antibodies are obtained from the eggs of immunized chickens, offering numerous advantages over classical approaches: in comparative studies, these antibodies have shown a significantly higher affinity and faster binding to the target proteins. In addition, IgY do not react with the human complement system and have a particularly high acid stability.

For the generation of highly specific antibodies, suitable epitopes within the known target sequence were calculated using hydrophobicity and hydrophilicity calculations. The target sequence with the best computed antigenicity was selected for antibody production. The specific and control antibodies are isolated from chicken eggs and will then be available for oral antibody therapy. Initial preclinical validations will be performed in an animal model to determine tolerability of the antibody in toxicity assays and the optimal dose. Subsequently, immunological and therapeutic efficacy of the antibody-mediated bacterial neutralization will be investigated as a therapeutic approach for treatment of immune-mediated diseases in established animal models (e.g., bronchial asthma and multiple sclerosis).

Outlook: the next development steps – to the successful treatment concept

Indirect immune modulation will be induced via foreign target structures. The therapeutic approach is particularly attractive because hardly any side effects are to be expected (in contrast to most established therapies, such as dexamethasone for allergic respiratory disease) and a significantly simplified approval process (e.g. as "novel food") may be feasible. The great socioeconomic significance and diversity of the addressed immune diseases is met with a relatively simple therapy concept. The production of bacteria-specific IgY antibodies is relatively fast and inexpensive and can easily be upscaled. Furthermore, oral administration of a drug increases acceptance, adherence to therapy, and patient safety.

Following successful preclinical testing in animal models, data must be generated in clinical trials to investigate the efficacy and tolerability of the new therapeutic concept in humans before the treatment can be approved. 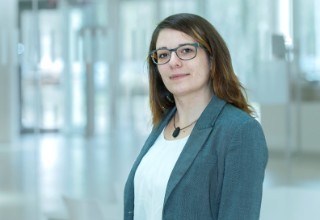